While our current pandemic is inarguably among the worst in Carleton history, Carleton has dealt with disease outbreaks and pandemics in the past.

Many comparisons have been drawn to the 1918 influenza pandemic, and the Carletonian wrote an excellent article examining the campus experience of that pandemic during the 1918-1919 school year. 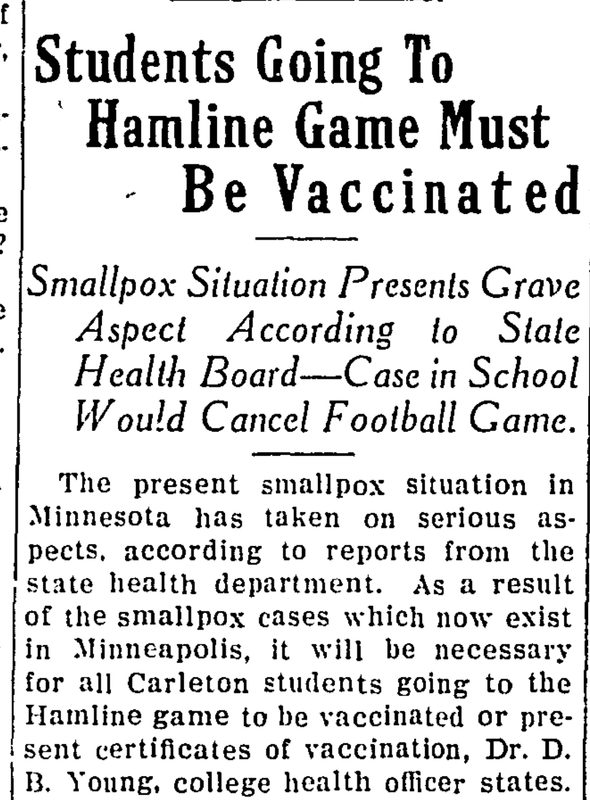 Disease outbreaks over the years have prompted a number of responses. For instance, during the 1924-1925 smallpox epidemic in Minnesota, students were encouraged to be inoculated, and any students attending the football against Hamline University November 8, 1924 in St. Paul were required to be vaccinated in order to go. Students returning from an off-campus study program in China in spring 2003 were quarantined in a house near campus during the SARS outbreak.

The H1N1 pandemic in 2009 is another instance in Carleton’s history of preparing for and monitoring a disease outbreak. Emerging during spring 2009, by following year the virus was considered under control and the World Health Organization declared the pandemic over on August 11, 2010 (CDC, 2009 H1N1 Pandemic).