The preparation for H1N1 continued into fall term 2009. Sometime between August 28 and September 7, a link to the Influenza Updates was placed on the college's homepage. The Influenza Updates page had also continued to be updated over the summer with more information, and updates from the summer, such as the outbreak at a campus summer program. 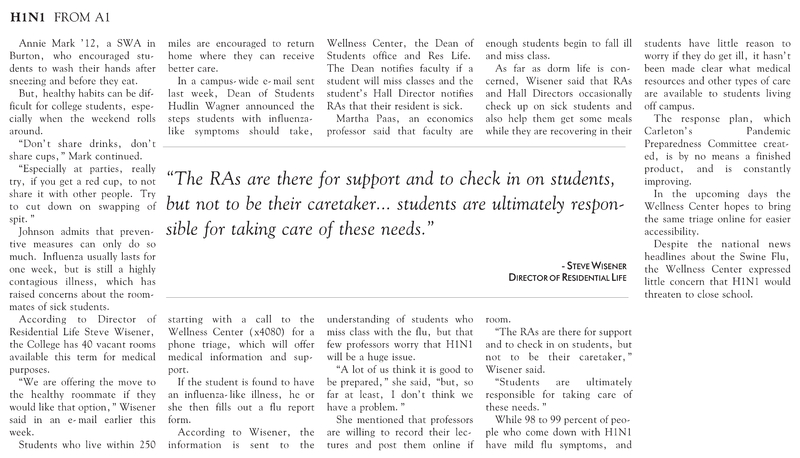 This continued preparation was also discussed in the Carletonian. An article in the September 25th issue of the Carletonian describes the ongoing efforts, emphasizing cleaning and community mitigation techniques.

Encouraging those who were sick to stay home led to the next logical question – how could students keep up with classwork? One suggestion for this involved the use of technology – podcasts, specifically. A page on the flu informational site provided information on using podcasts in teaching to facilitate distance learning for sick students.